Detecting, preventing and treating the common and complex concerns that make a man

Make an appointment
Find a provider

Men need specific care too. Get it from UW Medicine experts who are trained in preventing, detecting and treating common and complex health problems.

With multiple locations and seamless coordination, we can be your single stop for fertility treatments, sexual health, testosterone therapy and more.

Talking about health issues is not always easy, but our highly-specialized care team will help you feel at ease throughout your visit.

UW Medical Center’s urology specialty is recognized as top in the nation and the only nationally ranked program in Washington. 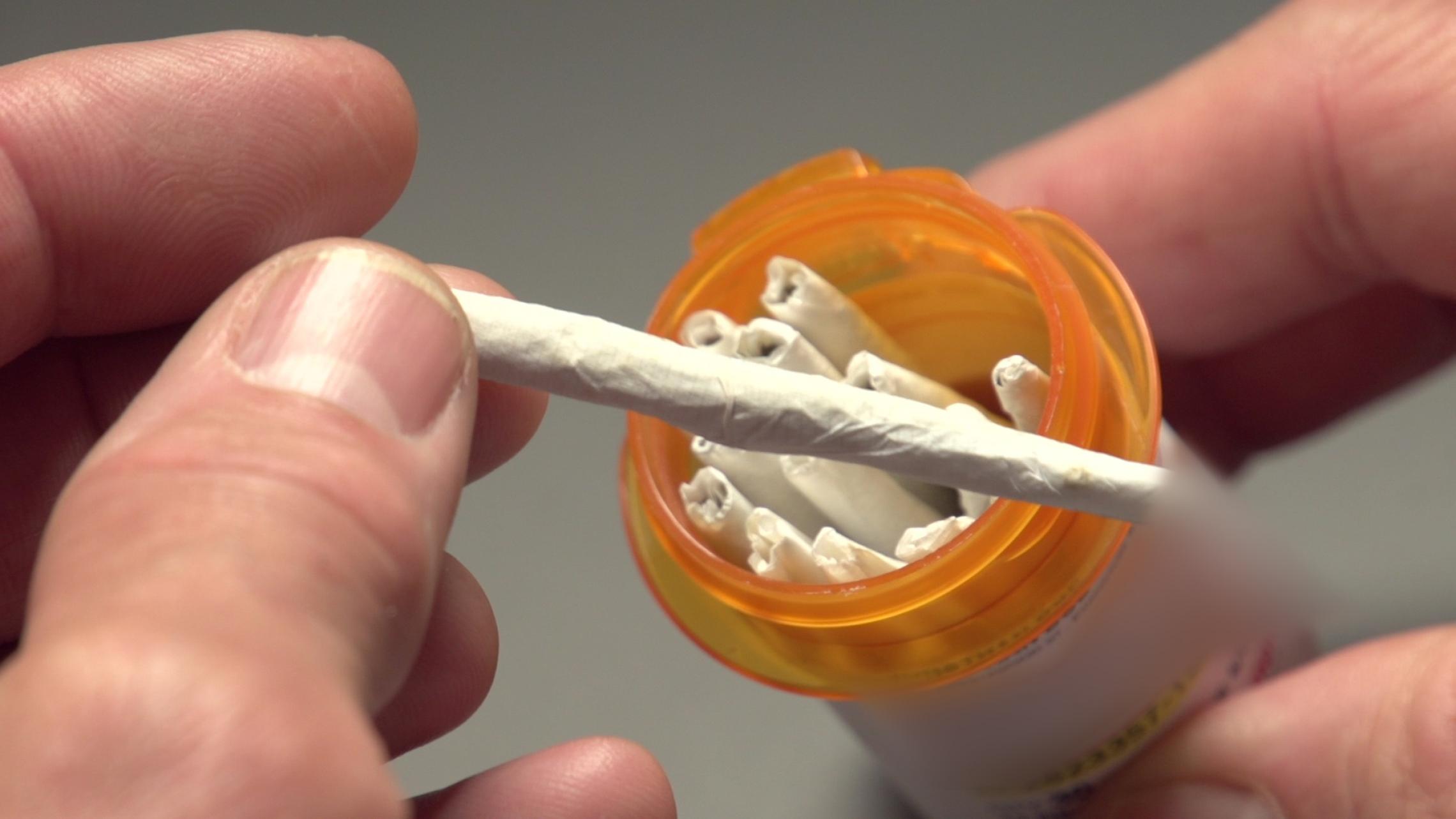 With sperm counts declining among men in the Western Hemisphere, experts who treat male reproductive health issues are concerned about pot use. Dr. Tom Walsh, a UW Medicine urologist, discusses the issue.

Some of our common services:

When the prostate gland becomes too large, it may cause problems with urinating. This condition is a common part of aging, with symptoms occurring after age 50. An enlarged prostate does not mean cancer, nor does it increase the risk for cancer. Treatment depends on its symptoms and their severity.

ED is when a man has trouble getting or keeping an erection. Though common as men age, ED is not a natural part of aging. It can be a sign of a medical problem. If you have ED, consult with one of our specialists for a diagnosis and treatment recommendation.

Improper blood flow in the penis and neurological problems tend to be the main causes of erectile dysfunction in more than 75 percent of men. Our care team uses ultrasound and duplex doppler to examine penile blood flow and find abnormalities or tissue damage.

Gender dysphoria is a dissatisfaction or anxiety that a person feels about their biological sex, a sense that the body they were born with doesn’t represent their true gender. After numerous consultations with doctors and psychologists, and following medical treatment that can include hormone therapy, some people pursue genital reassignment surgery, which recreates a person’s genitals to that of the opposite sex. For men who are transitioning, this involves a procedure called gender-affirming orchiectomy, in which doctors remove both testes, the male sex organs that make sperm and the hormone testosterone. Surgery to remove the penis is called a penectomy.

Men’s testosterone levels usually decrease as they age. This may cause symptoms, such as reduced sexual desire. If you think you have low testosterone, speak with one of our men’s health experts. With some testing, they can determine if you need treatment and offer options that can help you.

About 15 percent of couples unable to get pregnant over a year’s time are infertile. Male infertility accounts for 30 percent of these instances. If you are concerned about your fertility, consult with one of our male fertility experts. They can help determine your level of fertility with testing.

Your doctor may have you take fertility tests if you’re having trouble conceiving a baby. These tests can help detect infertility problems and what may be causing them. Testing includes physical exam with health history review, semen analysis, blood test and other analyses. The semen analysis is the primary way to evaluate a man’s infertility. You will collect a sample of your semen to be analyzed in a laboratory. The test is often done before your first visit to a doctor. Your doctor may also recommend genetic testing to identify certain genetic factors that can cause male infertility, including:

Many men experience urinary leaks during physical action or have sudden urges to urinate but can’t hold it. Don’t let urinary incontinence stop you from doing the things you want to do. Our specialists offer effective treatments that can help you have better bladder control.

One way to treat urinary incontinence is by placing a piece of synthetic mesh, called a sling, beneath the urethra to support and compress it during activity. Our care team can help you return to normal daily activities fast with this minimally invasive procedure.

Inform yourself to make the best choices for your health and care with UW Medicine patient education resources.

Emotional support is an important part of your treatment. Support groups and community resources can help you and your loved ones through treatment and recovery.

For most men with erectile dysfunction, successful treatment is feasible – it’s only a matter of finding the right treatment method. Some choose a surgical approach to help achieve an erection. With this procedure, a surgeon implants a device that adds rigidity to the penis with either a malleable (bendable) or inflatable device implanted into the erection chambers of the penis. With malleable rods the penis is always semi-rigid, and to initiate sex it only needs to be lifted into the erect position. Men with spinal cord injuries or limited hand strength typically opt for this choice. Others choose the more natural and discreet hydraulic, inflatable prosthesis, which allows them to have an erection when they choose. Prosthesis offers unparalleled spontaneity and reliability, and initial satisfaction rates exceed 90 percent for men and their partners.

This disorder causes scar tissue or plaque to form under the skin of the penis and makes the penis bend sharply during an erection and causes pain. If you have Peyronie’s disease, our care team can offer treatments to help reduce your pain and keep you sexually active.

An injected drug called Xiaflex is the only U.S. Food and Drug Administration-approved medicine to treat Peyronie’s disease. In a clinical study, men who got the injections saw curvature reduced by 34 percent on average, which improved sexual function and quality of life. The treatment cycle consists of two injections into the plaque in the penis one to three days apart, followed by a straightening procedure one to three days after the second injection. You may have as many as four treatment cycles.

This procedure is performed on men who want to conceive a child but have little or no sperm in their semen or who can’t ejaculate. Our sperm retrieval specialists are skilled in using minimally invasive techniques to retrieve sperm from the testes and other parts of the reproductive tract.

Some men who may not have sperm in their ejaculate may have small pockets of sperm in their testes. Testicular mapping is a minimally invasive method used to accurately locate sperm in the testes that can be extracted and used to fertilize an egg.

Like varicose veins, this is swelling of the veins inside the scrotum that can block blood flow within it. Varicoceles can cause pain and infertility. They are often harmless and usually get better without treatment. But, treatment may be needed if a varicocele causes persistent pain or other symptoms.

This minimally invasive procedure is a convenient, safe and effective form of permanent birth control. If you’re considering getting a vasectomy, speak with one of our men’s health experts to understand the potential risks associated with this procedure.

After a vasectomy, some men later decide they want to conceive a child. The most common vasectomy reversal is called a vasovasectomy. A doctor reconnects the vas deferens tubes that were severed or blocked during the vasectomy. Most men who have a vasovasectomy experience a return of sperm, although it can take 6-12 months for this to happen. Vasovasectomies are performed under anesthetic in a hospital or clinic. You’ll return home after the 2-4 hour outpatient surgery. A doctor who feels that a vasovasectomy will not work may recommend a more complicated procedure called a vasoepididymostomy.

Convenient care, in your neighborhood.

Note: In MyChart, you can book with a provider you have seen in the last three years.

No — Book as guest No Yes — Book in MyChart Yes
Back

Please call [clinic_phone_display] to schedule your appointment instead.

We're sorry but only patients who have visited a provider at this clinic in the last three years and have a MyChart account may book online.

You can book an appointment online in one medical specialty at this clinic.

You can book one appointment type online at this clinic.